We lived in Minneapolis, on the Northside of town, next door to Edie and Norm, who spoke with thick Norwegian accents. We were the only colored people on the block, in a yellow stucco house. That was in ‘63.

When I was four Edie said, “Uff dah,” and cut me a piece of dripping red watermelon, seeds spilling on the ground. Mama yelled, “Don’t you eat that,” and slapped it out of my hands.

I realized then there was something wrong with me and watermelon.

Later, at eight, I saw a book called Little Black Sambo, and Mama told me this: You must be twice as smart, twice as better as white people. You still may not get what you want, but you never stop. When one door closes, there will be another one that will open.

When I was ten, Grandpa told me he broke horses and mules and drove cattle to the stockyards in Omaha, like the TV show Rawhide. I was astonished. He was a black cowboy.

At twelve we moved to the suburbs that had no sidewalks. We were the only Negroes on the block, living in a white house with redwood trim.

At fifteen I was the only black girl in my class and at sixteen I didn’t go to Prom, even though I was a cheerleader. All of the white cheerleaders went. At seventeen none of it mattered; I was going to a prestigious white college with a full scholarship.

By my twenty first year, I was living in the Second City, the city with big shoulders, Daly’s town. It was eight in the morning, an image from my past, a woman in red stiletto heels, was on Clark Street. She looked good for her age, which was a year older than me. I almost ran her over, driving the wrong way on a one way street. “Hey,” she said, “I haven’t seen you since high school, have brunch with me.” I waved her off. I knew I wouldn’t go.

Twenty years later, I returned to North Minneapolis where a dog spoke to me. He was like the neighborhood, rough and tumble, yet revealed strength and gentleness. I knew I would wander no more, I was home. 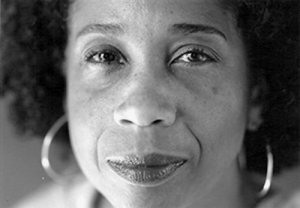 Debra Stone is a writer and poet that lives in Minneapolis, Minnesota. She has been published in Tidal Basin, randomsamplereview.com, Saint Paul Almanac, and other literary journals forthcoming.