In between the left and the right there is the center. A very lonely place: barren, desolate, uninhabited. There are rumors that at one time people used to come from the extremes and meet there. They would discuss important things, make decisions based on common ground, and the greater good. But, they are probably only legends, myths, lies.

If you can find the center (and it won’t be easy) all you will see is a land filled with lonely potential. Unimaginable, ignored possibility everywhere, covering everything. Of course the sorrow, waste, and terrible chasm of regret will be so powerful nobody can stay very long. The tragedy is overwhelming.

As you pass through, take a second to say a small prayer at the altar of compromise. It is covered with the dust of generations of neglect. If you are there at the right time you might catch the hidden glimmer of promise, though that might be an illusion. It might be the decay and rot of disgust that provides a terrible phosphorescence—ghostly, diseased, forlorn.

Don’t forget to take a jacket. The temperature is always an uncomfortable, chill you to the bone, cold. The same cold embrace you would find in a crypt. Winds too tired to blow crawl through the horrible place. Not enough to even disturb the dirt. Carrying nothing warm, or human, or decent. It has been so long since they have seen anything resembling common humanity they have lost touch with warmth or light.

Despite the unnatural darkness, the low, omnipotent clouds, the constant absence of anything bright, there are always shadows moving, flitting, trying to escape being seen. It is not healthy to be there, not even for dormant shades of the past. In today’s world the center is considered weak, insubstantial, unworthy.

Yes, this is a land of darkness, with tired, useless buildings that don’t have the strength or courtesy to collapse. The whole place holds on doggedly ignoring the obvious. It would be easier to look at it if it were a simple pile of ruins. Planks, splinters, masonry all settling together in a slowly disappearing heap of yesterday’s rubbish. That would be a sight you could tolerate, even welcome. One last farewell, but at least it would be over. At least you would know it was dead, and could just give up.

No, it has to taunt those who have not yet found a way to the extreme edges, calling with a ghostly voice, a tired, breathless, lifeless ghost of a voice. Scary, creepy, yet sadly reassuring: “Come, and bring others.” Nobody else comes though. One person is a crowd, a lonely, insignificant crowd, and will soon be buried under cruel, unmet, hopeless expectations.

Better to get over to the harsh light of the right or left. Where compromise equates to weakness, moderation is surrender, diplomacy is seen as capitulation. Nobody is really at home here anymore. Maybe nobody ever was. Maybe the tales of bipartisanship are only lonesome, unfulfilled dreams. Dreams trying hard not to die. Dreams being lost under the weight of anger and venom.

We can wander through the nightmare corpse, and hope that the tales of ancient days are true. Nobody talks about it anymore, nobody wants to admit it is even possible. We can hold onto the dream of progress, of peace. Only for a short while though. It is too painful, too sharp, too dull, too hot, and too frozen. It leaves you aching with possibility, but we have to hold on. What else do we have? 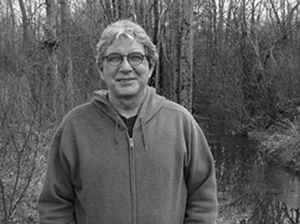 Tim Clark is a blogger, a warehouse associate, a happily married man (for 28 years), and a father from Columbus, Ohio. He is proud contributor to Street Speech, a local homeless advocacy newspaper, and is thrilled to be allowed to write a monthly column for The Wild Word. His other works can be viewed on his Contently page.