A fantastic day and evening in Washington D.C.Thank you to @FoxNews and so many other news outlets for the GREAT reviews of the speech!

Fantasy stayed, a vein engorged
with ready views of epoch.

I am honored to serve you, the great American People, as your 45th President of the United States!
@POTUS

Imagine a word. Choose “serve” if you hear it.
A rich people listen; the undeserved shut off an ear.

Hatter made the head quit the trust of our eyes. Speak to
a wall, a long stain in office. A scene of people lean in.

Watched protests yesterday but was under the impression that we just had an election! Why didn’t these people vote? Celebs hurt cause badly.

What a protest is us
to share a day,
to wash in the map
with justice in a
wide pull of feet took body.

Wow, television ratings just out: 31 million people watched the Inauguration, 11 million more than the very good ratings from 4 years ago!

What a love of signs suggests: a head thin of rational filling,
rich in the fairy food ratings farm. Four years of faux.

Peaceful protests are a hallmark of our democracy. Even if I don’t always agree, I recognize the rights of people to express their views.

Peace is full of protest, yes, a real mark of
who we are, of course. So hear us people,
let us press the rough hues.

I will be asking for a major investigation into VOTER FRAUD, including those registered to vote in two states, those who are illegal and….

You ill king, a form of stuck
fear afraid to include those surviving,
what ‘I’ is illegal?

even, those registered to vote who are dead (and many for a long time). Depending on results, we will strengthen up voting procedures!

Even those survived are dead to you.
A human ends at the walls you
force shut your eyes.

I will be making my Supreme Court pick on Thursday of next week.Thank you!

You will lay your mask on
justice, the wreckage on you.

I will be interviewed by @DavidMuir tonight at 10 o’clock on @ABC. Will be my first interview from the White House. Enjoy!

I will be in the rearview, even if in awhile.
Be my resister for us now.

Beginning today, the United States of America gets back control of its borders. Full speech from today @DHSgov: http://bit.ly/2jSZomhDHS

Begin the United States shove
of righteousness. A border is
full of seared off ability to see us.

As your President, I have no higher duty than to protect the lives of the American people.

As we sit in fear for ourselves, for us as a people.

Interview with David Muir of @ABC News in 10 minutes. Enjoy!

I need your view. I video. I see
news singing my news, and joy!

I will be making my Supreme Court pick on Thursday of next week. Thank you! -DJT

I will be making up
bright truth wreckage.

The failing @nytimes has been wrong about me from the very beginning. Said I would lose the primaries, then the general election. FAKE NEWS!

The fall of this has-been, rung
by heavy rung, relies on fake cues.

Thr coverage about me in the @nytimes and the @washingtonpost gas been so false and angry that the times actually apologized to its…..

There is suffering tonight. I message the wash of dawn
gaping sun, come as it does, as it does.

…dwindling subscribers and readers.They got me wrong right from the beginning and still have not changed course, and never will. DISHONEST

To wind a lie up, script a readership. Begin again.
A still vein unchanging never will die honest.

Today, we remember the crew of the Space Shuttle Challenger, 31 years later. #NeverForget

Today we remember
there is a space we share,
hurting, our alien never, we. 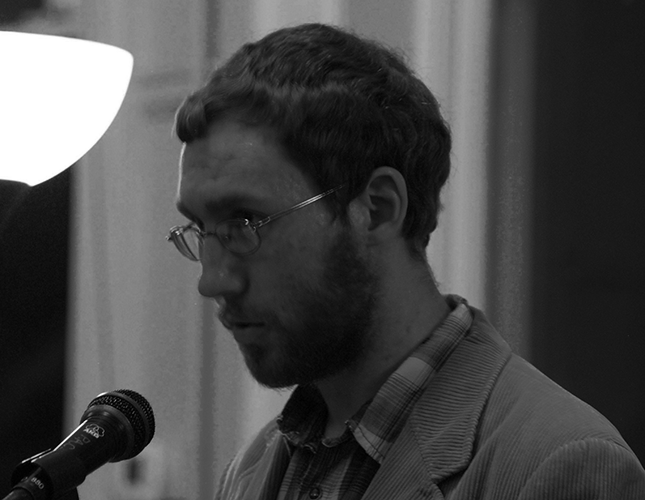 Ryan Clark is an Old Greer County native who currently teaches creative writing at Waldorf University in Iowa. His poetry has most recently appeared in Jazz Cigarette, Heron Tree, Panoply, Otoliths, and Split Lip Magazine, and his first book, How I Pitched the First Curve, is forthcoming from Lit Fest Press.